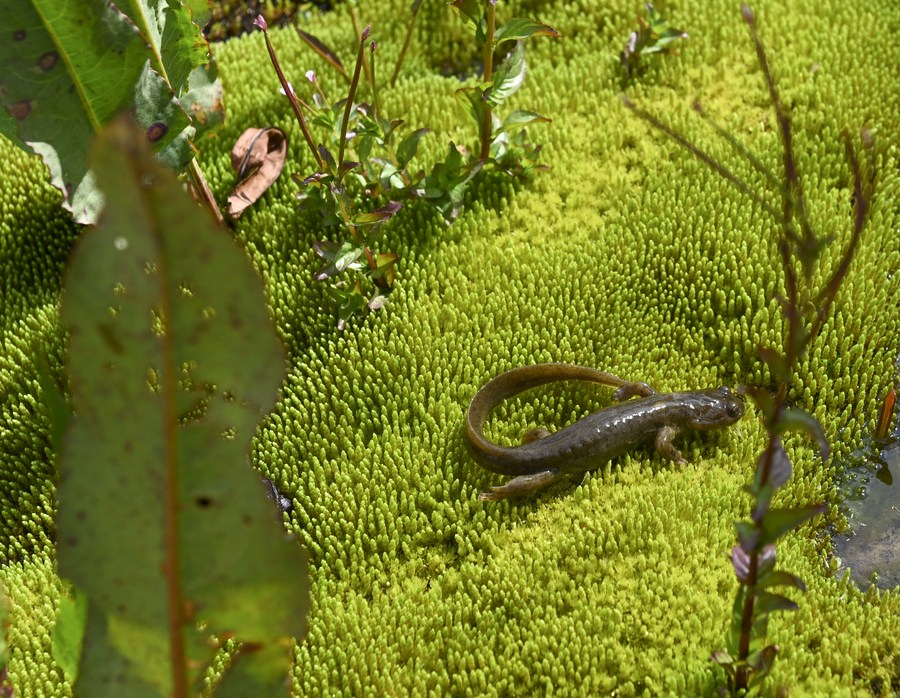 URUMQI, Aug. 1 (Xinhua) -- The population of critically endangered ranodon sibiricus in northwest China's Xinjiang Uygur Autonomous Region has recorded a steady increase in recent years, thanks to conservation efforts such as artificial breeding and strengthened monitoring and patrol.

The population of the primitive amphibian with an evolutionary history dating back to the age of dinosaurs has risen from around 1,700 in 2015 to over 3,000 to date, according to a nature reserve in Xinjiang's Wenquan County, the major habitat of the species.

The species, also known as Xinjiang salamander, was discovered in the county in 1989. However, as a result of human activities and changes in the natural environment, its population declined sharply.

To protect the amphibian from extinction, a 700-hectare ranodon sibiricus nature reserve was established in Wenquan County in 1997, which was upgraded to a national nature reserve in 2017.

Support from the central and local governments, a series of efforts including restoration of grazing land to grassland and wetland, and building a remote monitoring system covering the entire nature reserve have all contributed to the increasing population of this species, said Ji Xiaowei, an official with the reserve.

In 2016, a Xinjiang salamander scientific research and education center was put into operation. The center features an artificial incubation room, which is used to study the breeding of the amphibian and strengthen the protection. This year, 139 Xinjiang salamanders had been hatched at the center.

People can visit the research center and observe the amphibians closely, as well as learn more about the species.