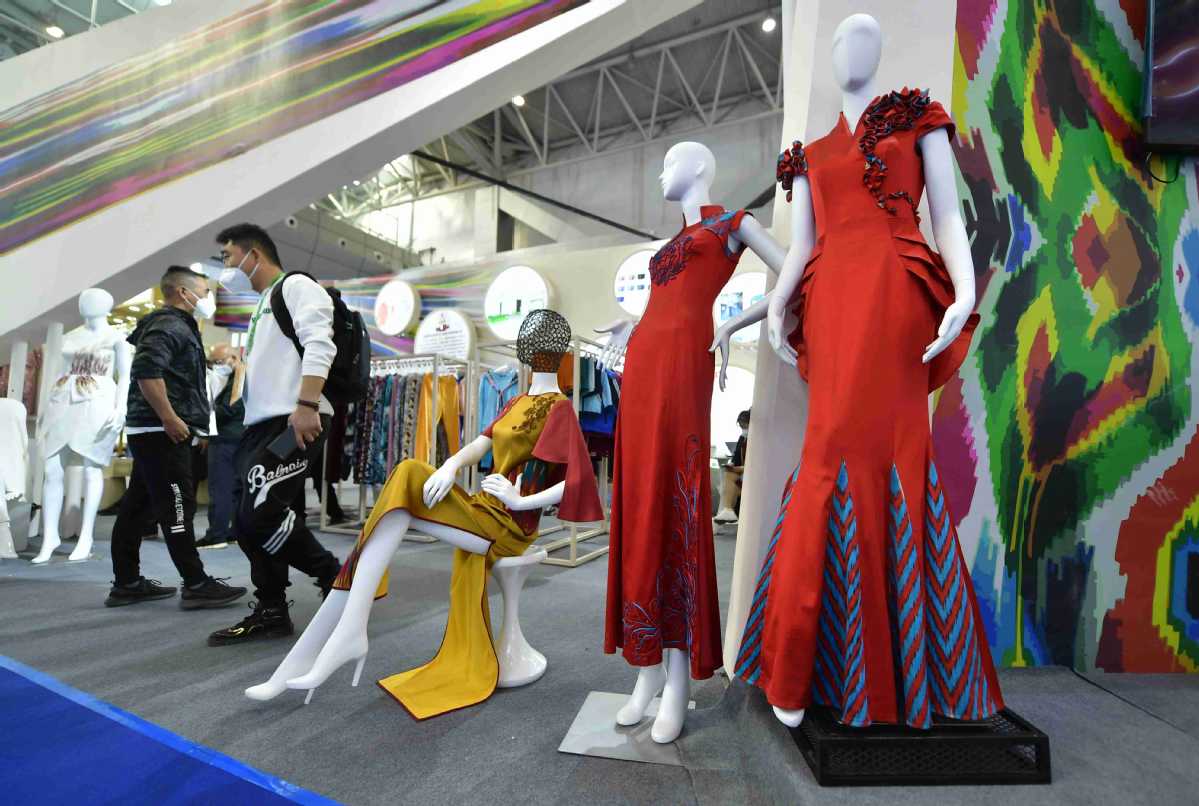 Visitors check out silk products at the booth of Hotan, a city in the Xinjiang Uygur autonomous region, during the China-Eurasia Expo in Urumqi, Xinjiang, on Monday. LIU XIN/CHINA NEWS SERVICE

Amid many countries' moves to ease downward economic pressure, the SCO, supported by its growing number of member states, observer states and dialogue partners, can play a vital role in creating trade corridors and logistical routes to facilitate trade in goods and services, said Fan Gang, vice-president of the Beijing-based China Society of Economic Reform.

The SCO was established in Shanghai in 2001 by China, Kazakhstan, Kyrgyzstan, Russia, Tajikistan and Uzbekistan. The organization expanded in 2017 to include India and Pakistan.

Addressing a subforum during the ongoing seventh China-Eurasia Expo in Urumqi, Xinjiang's regional capital, Fan said even though it is not easy to build a free trade zone in a region with such a large population base, distinct differences in economic systems and geopolitical demands, it is tenable to start with a pilot zone in China and certain member countries, judging from the organization's current growth momentum.

At the 22nd meeting of the Council of Heads of State of the SCO held in Samarkand, Uzbekistan last week, leaders of the SCO member states signed a memorandum of obligations on Iran's SCO membership during the meeting.

In addition to launching the procedure for Belarus' accession, and also admitting Bahrain, the Maldives, the United Arab Emirates, Kuwait and Myanmar as new dialogue partners, the meeting adopted the Comprehensive Plan for the Implementation of the SCO Treaty on Long-Term Good-Neighborliness, Friendship and Cooperation for 2023-27.

China established the China-SCO Local Economic and Trade Cooperation Demonstration Area in Qingdao, Shandong province, in 2018. The area allows investing businesses from SCO countries to work together in one specific location and to share technologies, expertise and product types to develop new areas of collaboration and manufacturing processes, a type of SCO incubator.

China's foreign trade with SCO member countries rose 40 percent year-on-year to $343.3 billion in 2021, reaching a record high－28 times higher than that of 2001 when the organization was established, said the Ministry of Commerce.

Erkin Tuniyaz, chairman of the Xinjiang regional government, said the region will continue to strengthen economic and trade exchanges with economies participating in the Belt and Road Initiative.

Xinjiang had established economic and trade relations with 176 countries and regions by the end of August.

Li Daokui, a professor and director of Tsinghua University's academic center for Chinese economic practice and thinking, said Xinjiang should develop into a trade center of the Silk Road Economic Belt in the years ahead. The region should not only be positioned as a transit point for goods transported from China's eastern provinces to Central Asian countries.