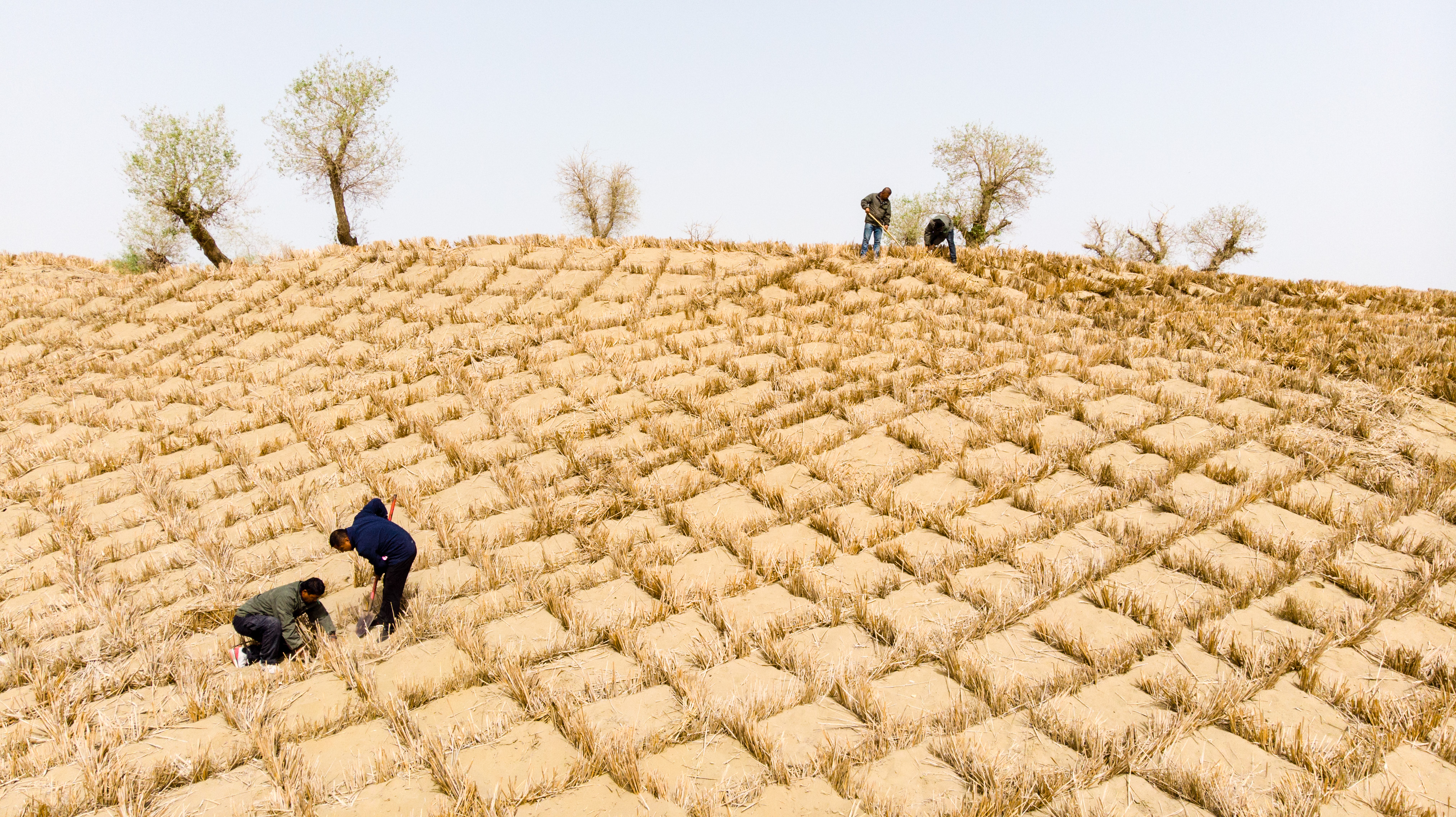 Marrying forest protection efforts with its poverty relief drive has yielded positive outcomes in the Xinjiang Uygur autonomous region, which recently announced that it had removed all of its remaining counties from the country's poverty list.

In the past four years, more than 44,300 poor residents in Xinjiang have been hired and trained as forest rangers to patrol the region's diverse landscape of forests, wetlands, grasslands and deserts, according to the local government.

"Each ranger will receive an annual subsidy of 10,000 yuan ($1,520). It is estimated that these welfare positions have helped a total of 88,000 people shake off poverty," said Zhang Jianjiang, an official at Xinjiang's forestry and grassland bureau.

According to Zhang, nearly 90 percent of subsidized forest rangers live in deeply impoverished areas in the southern part of the region, one of six nationwide deemed as the hardest nuts to crack in the country's poverty elimination campaigns.

The last 10 poverty-stricken counties in Xinjiang, involving about 165,000 poor residents, are all located in the south. They were delisted from a national registry of poor areas on Nov 14, marking a milestone in the region's poverty reduction campaigns.

Tursun Tohot, from Hotan prefecture's Moyu county, said he has bid farewell to his old days of idling and feels relieved and proud to have gotten a steady job as a forest ranger.

"I have specific tasks assigned by administrators each day, and I never stroll around aimlessly," he said while scanning the forests for signs of a fire hazard in early November.

"There is a set of standards to fulfill our duties as guardians of the forests," he added.

The hometown of Tursun, as well as a large number of residents previously trapped in poverty in Xinjiang, is located on the edge of the Taklimakan Desert. The area's precarious ecology-threatened by severe desertification and wind erosion-is believed to have exacerbated the plight of local people.

But in recent years, the natural environment has significantly improved there, and the quality of locally-grown fruit is also increasing, according to Zhang.

"The role of forest rangers in making this progress possible is indispensable," he said. "They have broadened their horizons and mastered essential skills through training."

Taxgul Amar, from Wensu county in Aksu prefecture, was employed to patrol desert poplar forests in 2019.

"I did not know these trees play a significant role in preserving the environment until I was trained as a forest ranger. The job has not only help me shed poverty, but has also deepened my affection for the forests," she said.

In order to diversify the income of villagers, the scope of training programs for forest rangers in Xinjiang has expanded to include guidance on fostering suitable agricultural businesses, such as the planting of marigolds and walnuts.

Ayhat Nur, from Aksu's Wushi county, said he has been able to sharpen his skills in marigold cultivation thanks to training offered by forestry and grassland officials and local enterprises.

"In addition to income from patrolling the forests, I am also managing plots of marigold fields in Wushi," he said. "I have learned how to trim branches from professionals. I can earn much more with my own hands."

With the goal of stripping away all poverty labels in Xinjiang having been reached, forest rangers scattered in different corners are bound to receive more targeted training on the cultivation of forest fruits, prevention and control of pests and development of forest fruit industry parks, the local government said.